Sign in  Register
Give Your Comments
NewsletterClose
Features / Spotlight 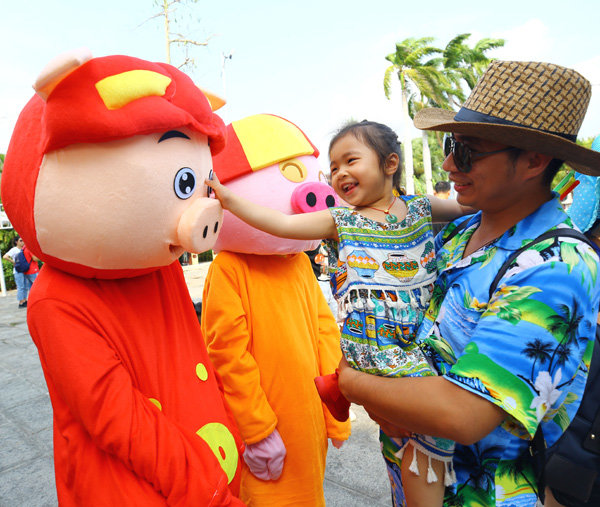 Parents and their children travel in Hainan. The tropical island is among the most popular domestic family-travel destinations. [For China Daily]

For this year's Children's Day on June 1, Deng Mo and his wife drove their son to the city of Suzhou, about 100 kilometers from Shanghai, where the family lives.

Many parents similarly spent the weekend with their children, according to major online travel agency Ctrip.

The platform says bookings for family-friendly hotels increased nearly 60 percent year-on-year that weekend. Sanya, Shanghai, Hangzhou and Suzhou were among the top destinations.

Over 70 percent of parents traveling with children chose short-distance tours, and more than 80 percent took high-speed railways or drove.

Family-friendly tours account for up to 60 percent of domestic and overseas travel, a China Tourism Academy survey says.

More than 80 percent of respondents believe traveling with children can bring joy to the whole family, and 96 percent express interest in such tours.

Deng has previously taken his son to Japan and Thailand.

"He had a lot of luggage-more than we did."

During their vacation in Japan, for example, his son fell sick, and the parents had to stay in the hotel for a whole day.

Still, Deng hopes such tours will broaden his boy's horizon.

Many parents regard such trips as educational. 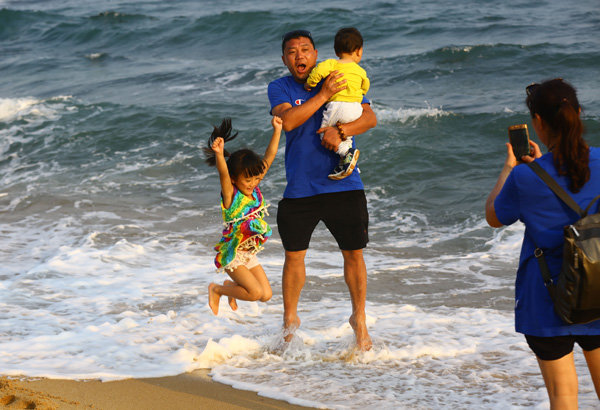 Parents and their children travel in Hainan. The tropical island is among the most popular domestic family-travel destinations. [For China Daily]

Shanghai resident Ji Hongjuan enjoys taking her 12-year-old daughter, Wen Lan, to China's historical sites and museums. In the past few years, they have visited such places as the Palace Museum, the Shaanxi History Museum and the Nanjing Museum.

"I usually ask my daughter to be my guide," Ji says.

"She searches for information about where we will visit and takes me there, which I think is a great way to cultivate her curiosity."

Overseas travel agencies have caught wind of this huge market. Costa Venezia, the first ship designed by Costa Cruises, the Italian brand of Carnival Corp, and built specially for Chinese guests, has entered the Chinese market. Many facilities and activities were designed for families.

The family-travel market will continue to grow during the summer vacation from July to August, Ctrip and Lvmama forecast.

"Our surveys show many parents complain about destinations being too crowded during public holidays," he says.

"Over 40 percent say they're looking for more quality travel products."