Zhu Chunhua, a woman from Gaoquan, a remote mountainous village in Diqing Tibetan Autonomous Prefecture, in Southwest China's Yunnan Province, has become somewhat of a celebrity. Why? The Yunnan Department of Human Resources and Social Security last year named her a "Skilled Craftswoman in Yunling (a mountain range in northwestern Yunnan province)." Read on if you want to learn how the rural woman was transformed into a skilled embroiderer.

Gaoquan Village is home to the Lisus, Naxis, Bais and people of several other minority groups. More than 70 percent of the residents were impoverished several years ago. To start our story, we should learn how Baohe (the town in which Gaoquan Village is situated)'s government has helped the women villagers improve their embroidery-making skills, so they could escape poverty.

Hualabiao (embroidered bags), created by the villagers, are popular among the prefecture's residents. However, only a limited number of tourists bought the crafts a few years ago. Why? The embroideries looked rough and the items' patterns were simple.

In response to the call of Yunnan's provincial government to promote implementation of China's poverty-alleviation policies among rural residents, workers with Yunnan Technician College in November 2015 proposed to the government the establishment of an embroiderers' cooperative, in Baohe, to help the residents improve their Hualabiao — making skills. The workers pointed out that would not only promote the development of the traditional craft, but also help the rural residents escape poverty (by creating embroideries).

To meet customers' demands, the college arranged for Zu to provide training to women in Lahezhu and Lanyong, which are both villages in Baohe Town, to help the women improve their embroidery-making skills.

Two months later, Zu chose 35 excellent women trainees, from Gaoquan, Lahezhu and Lanyong villages, to help them better their embroidering skills. After the one-month training, the women returned home and taught other women in their villages what they had learned from Zu.

Baohe's government in August 2016 signed a collaboration agreement with Zu Yulan Embroidery Art Center (in Kunming, capital of Yunnan Province) to establish an embroiderers' cooperative in Baohe. Under the agreement, the center would collect embroideries created by rural craftswomen, and process the products before selling them.

In April 2017, the government established the cooperative. Within a short time, the cooperative's embroiderers received an order from the center. As the women earned their "first bucket of gold," they worked harder to improve their craft-making skills.

No one had ever expected Zhu, one of the trainees, would become an expert in embroidering. After the one-month training, Zhu substantially improved her embroidering skill.

In September 2017, Zhu won third prize during a professional skills contest (held in Shilin, a county in Yunnan), which was organized and hosted by the Yunnan Department of Human Resources and Social Security. However, she was not satisfied with the result. She analyzed the reasons for "not doing so well" in the contest and made greater efforts to improve her embroidering skills, under Zu's guidance. Two months later, Zhu's embroidery, Peaceful, Prosperous World, earned her first prize for crafts during the final, which was held in Lijiang, a city in Yunnan Province.

In January 2018, the Yunnan Department of Human

Resources and Social Security named Zhu a "Skilled Craftswoman in Yunling." Zhu received 20,000 yuan (US $2,985) with the award from the Diqing Tibetan Autonomous Prefecture's government. 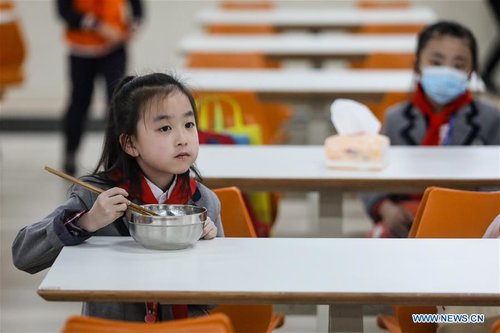 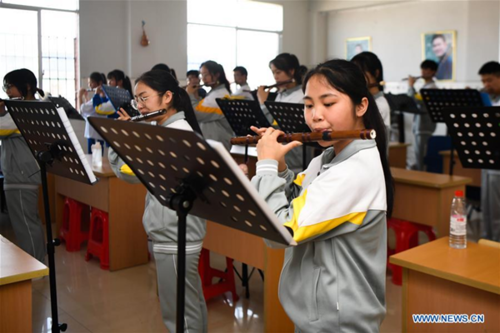