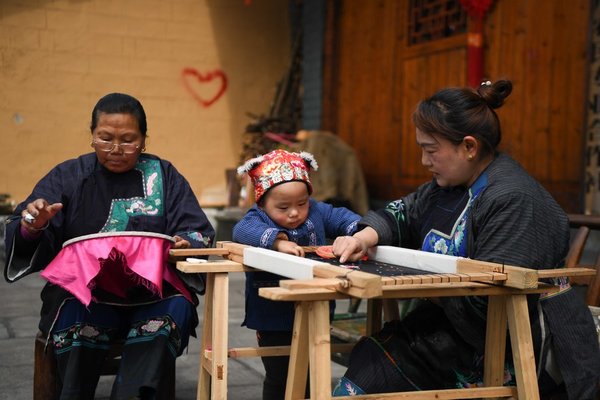 CHANGSHA, July 11 (Xinhua) — China's Shibadong village, the birthplace of "targeted poverty alleviation," has lifted all families out of poverty, sending a heartening message as the nation scrambles to eradicate absolute poverty by 2020.

The village in central China's Hunan Province has seen the poverty headcount ratio drop to zero, down from 57 percent in 2013, said Shi Jintong, Party chief of the village, in an interview with Xinhua.

The once-impoverished village has been closely watched as a testing ground for "targeted poverty alleviation," first put forward there in 2013. This concept of designing relief policies to suit different local situations later became a guiding principle in China's fight against poverty.

Faced with rugged terrain and scarcity of arable land, the village has substituted traditional crop planting with more profitable kiwi farming and developed other businesses that suit local conditions, including the tourism and embroidery industries that prosper on the local ethnic Miao culture.

China's target year for the eradication of absolute poverty is 2020, which means that around 5.51 million people who remained impoverished at the end of 2019 will be lifted out of poverty by the end of this year.