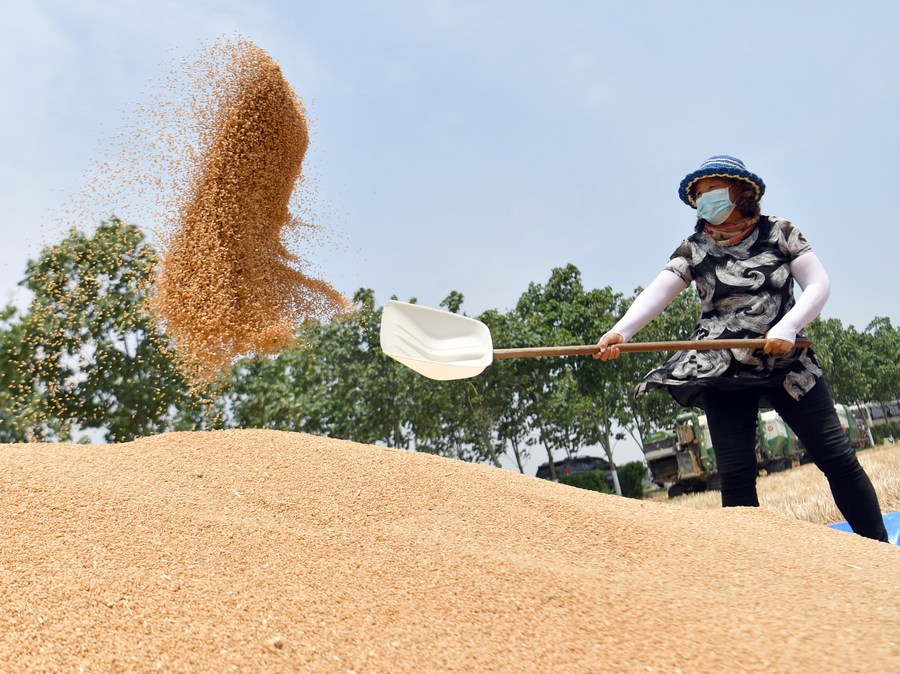 A farmer uses a shovel to separate grains of wheat from the husk in Zhangyao Village of Erlang Town in Xiping County, central China's Henan Province on May 26, 2020. The farmers are busy harvesting wheat in Henan Province, one of the major summer wheat production areas in China. [Xinhua/Li Jianan]

While the total area that grows summer crops declined 0.7 percent year on year to 26.17 million hectares this year, the average output from each hectare of crops rose 1.6 percent, leading to the overall output increase, the NBS said in a statement on its website.