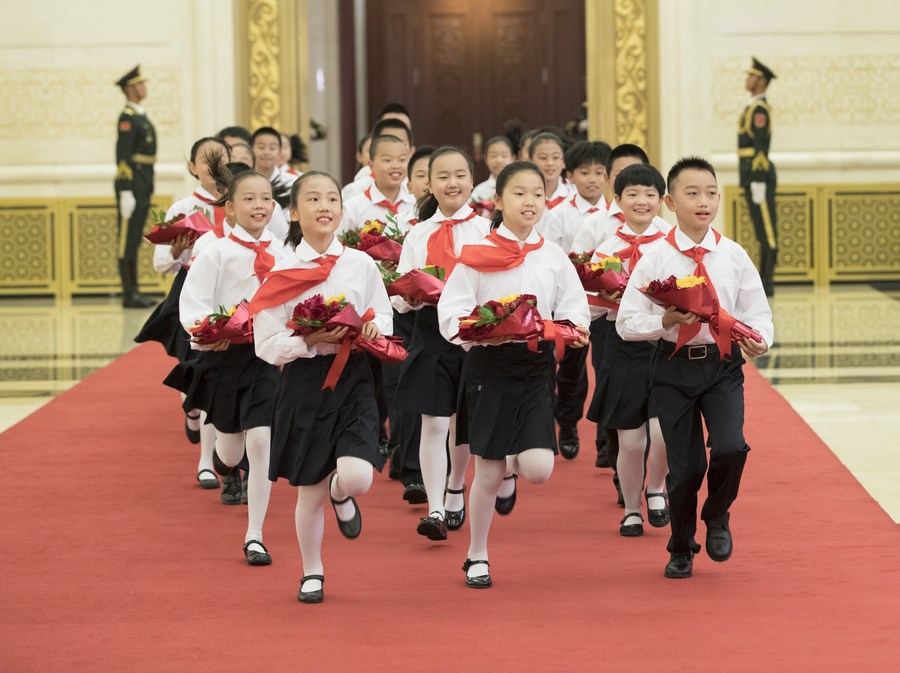 Children, who are members of Chinese Young Pioneers, present flowers to the awardees of national medals and honorary titles during the presentation ceremony in the Great Hall of the People in Beijing, capital of China, Sept. 29, 2019. [Xinhua/Wang Ye]

Xi, also general secretary of the Communist Party of China Central Committee and chairman of the Central Military Commission, stressed efforts to foster a new generation of talent and make CYP members well-prepared for upholding and developing socialism with Chinese characteristics and realizing the Chinese Dream of national rejuvenation.