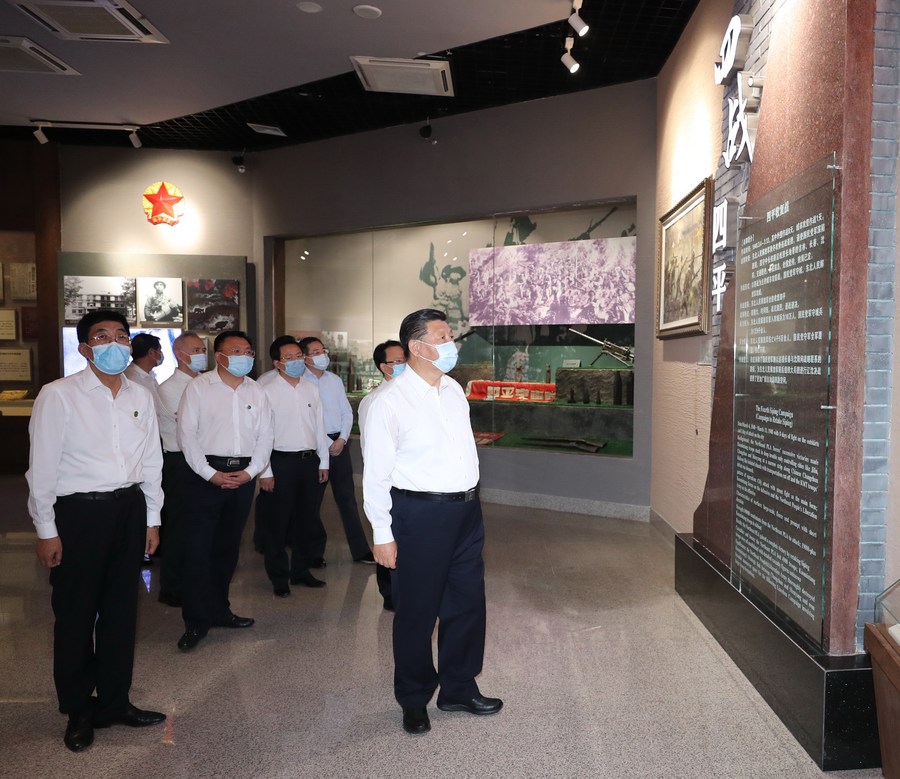 CHANGCHUN, July 23 (Xinhua) — Xi Jinping, general secretary of the Communist Party of China (CPC) Central Committee, has stressed upholding the great socialist cause founded by the CPC and carrying it forward from generation to generation.

Xi made the remarks Wednesday afternoon during his visit to the memorial hall for the Siping battle of the Chinese People's War of Liberation in northeast China's Jilin Province.

During the war, the people's army, led by the CPC, emerged victorious from the Siping battle at the cost of nearly 20,000 lives.

From the Nanchang Uprising to the fighting in the Jinggang Mountains, from the extraordinarily formidable Long March to the Chinese People's War of Resistance Against Japanese Aggression, and from the Chinese People's War of Liberation to the War to Resist U.S. Aggression and Aid Korea, it was the lives of revolutionary martyrs that ensured the success of the revolution, Xi noted.

"We must keep firmly in mind that New China did not come easily," Xi said.

The 1.4 billion people in the country, including over 90 million CPC members and leading cadres at all levels in particular, should earnestly study the history of the CPC and that of New China, Xi added.