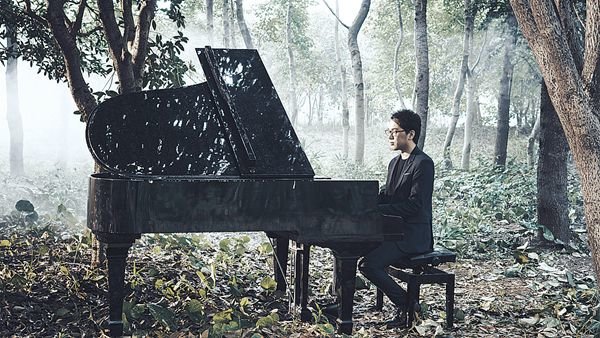 Luo Wei says he draws inspiration for his piano compositions from the everyday scenes in Shanghai. [Photo provided to China Daily]

Everyday scenes of Shanghai form the inspiration for composer's output.

Guangzhou-born Luo Wei has over the past few years penned more than 100"love letters" to his adopted city of Shanghai where he has set roots.

But none of these letters are written in a language the common man would understand - they are all piano compositions.

The 29-year-old wrote his first piano piece, titled November 26, Grey Shanghai, on a rainy day when he was feeling down.

The experience, he recalled, helped alleviate the stress he was bogged down by. He has since never looked back.

Luo, a trained pianist who works as a music composer for cultural projects, television shows, films and stage plays, has since 2013 created 230 piano compositions in his spare time, out of which 150 were inspired by everyday scenes in Shanghai.

"I just love strolling or taking a bicycle ride through the streets in search of interesting details, such as the singing cicadas in the trees in summer, or the rustling of fallen leaves in autumn. All these serve as inspiration for my piano compositions," he said.

One of his favorite "love letters" to Shanghai is Nocturne for Yan'an Road, which was inspired by a taxi ride.

"I always pass by Yan'an Elevated Road when on the way home from Shanghai Hongqiao International Airport after my travels or business trips," he said.

"Frequent trips to other cities make me homesick. But whenever I'm in a taxi on this overpass, I know I'm heading home and it makes me relaxed."

One of the things he usually draws inspiration from are sunsets. Watching the sunset on different occasions - once in the Russian town of Irkutsk, once after a heavy rain in Shanghai, and once from a cliff in Bali, Indonesia - has spurred him to create pieces that reflect his feelings at those moments in time. 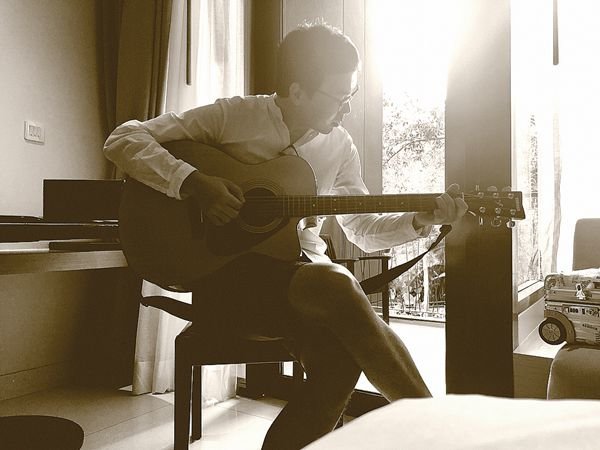 "People will find out that Shanghai, as well as the world, is a lovely place to live through my music," he said.

Many listeners seem to agree with this sentiment. After all, his creations have been played about 300 million times on online audio sharing platforms and apps in China.

Luo has received numerous fan mails because of his piano compositions, too. A listener who used to suffer from severe depression once sent Luo a message in 2016 saying that he had listened to each of the musician's piano compositions at least five times.

"I still preserve a screenshot of that message from him that says: 'Your music is the sunshine in my life. It's so beautiful and warm'," said Luo.

He also got messages from listeners expressing their desire to visit the Hengshan Hotel in Shanghai or walk along Guilin Road, both of which are described in his compositions.

Born to parents who are both musically inclined - his father taught music conducting while his mother was a violin teacher at the Xinghai Conservatory of Music in Guangzhou - Luo started learning the piano when he was 5 years old.

He later enrolled in the prestigious Shanghai Conservatory of Music.

"My musical journey started as early as when I was in my mother's womb. My parents were still composing music then," he said.

"My parents were strict. They did not believe in shortcuts. When I wasn't attending classes in school, I would be spending most of my leisure time practicing." 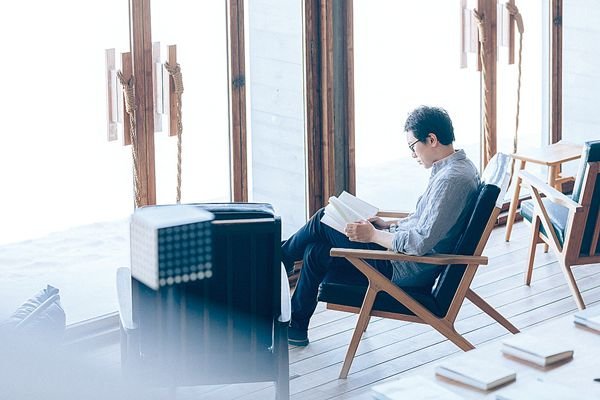 Luo Wei says people will find out that Shanghai, as well as the world, is a lovely place to live through his music. [Photo provided to China Daily]

One of his most well-known compositions was inspired by a sightseeing cruise along the Huangpu River. Titled Walking on the Bund, this piece received such overwhelming response that it was designated the official theme song for the waterfront stretch that runs along the western bank of the Huangpu River in central Shanghai. Luo took just three hours to create this composition.

In light of this song's success, Luo is now planning to compose themed pieces for 12 of the 34 historical buildings and structures along the Bund that are listed as national-level heritages.

The musician will also kick off his first national tour next year. But instead of performing in concert halls, Luo said that he hopes to hold his showcases in more casual settings such as art galleries and even the Great Wall in Beijing where people can gather around the piano.

"My music used to be a private utopia for myself where I broaden my mind and focus on the beauty of the world," he said.

"Now, I want to bring this utopia to every listener out there."