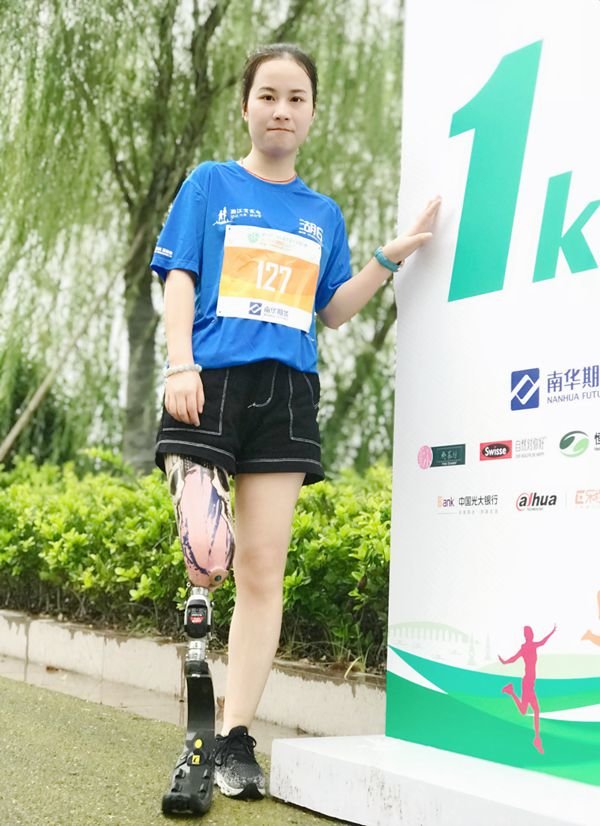 An amputee's zest for life has made her a TikTok star.

Dong Xuxi, 22, is among them. Like other protagonists of such videos, she is radiant with confidence, the only difference being that one of her legs is artificial. Dancing is not the only activity she engages in. In her videos, she sprints, works out in the gym, climbs mountains, practices boxing and goes skiing, gaining 437,000 followers and more than 12 million "likes" on the app.

In 2013, she was severely injured in a car accident and had her right leg amputated. Then, after three months of operations and treatment in hospital, she began the long and agonizing journey of adapting to the artificial limb and getting back to a normal life.

"I didn't know how to walk properly for the first few years. At first, I still needed crutches even when wearing prosthesis, which scraped off my skin. It hurt a lot and I could only hobble along," Dong says.

The accident also crushed her self-confidence — she shut herself off from the world, fearing people would notice her deficiency. 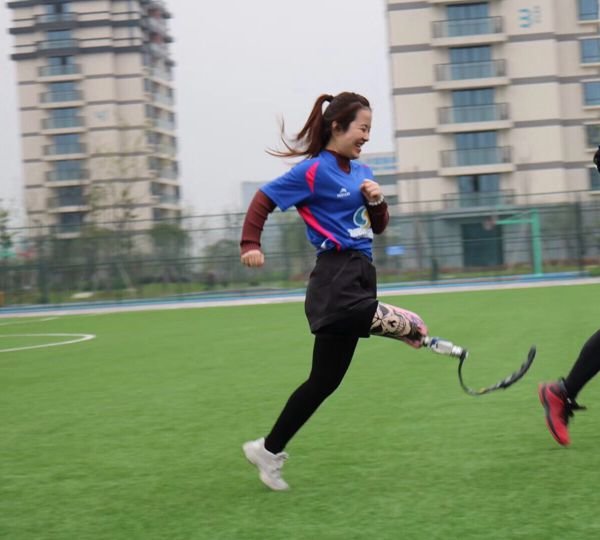 Dong Xuxi, 22, with her prosthetic leg, participates in various outdoor activities, such as running and skiing. Dong's optimism has turned her into a star on the Chinese short-video app, Douyin, encouraging people to overcome adversity in life. [For China Daily]

"Strangers would be staring at me, and when they did, I would stop walking altogether and wait for them to leave. I didn't want to walk at all, let alone go outdoors and participate in sports."

Around 2016, Dong watched an online video, in which a girl wearing a prosthetic leg walks with seemingly perfect ease. Yearning to walk properly, she contacted the girl and learned about a prosthetic company and rehabilitation center in Hangzhou, Zhejiang Province.

"It already hurt so much that I thought I might as well give it a try," Dong says, adding that she left her home in Shenzhen to move to Hangzhou for rehabilitation in 2017, where she later transferred her job and now trains.

Encouraged by her physical therapist, she began to participate in outdoor activities. One of the first activities was a group walk last year, in which a dozen of her amputee colleagues went for a walk together. It was the first time after the accident that she wore shorts and revealed her prosthetic leg in public.

"I had no qualms walking behind my colleagues and taking photos with them. Even though people stared, they also expressed their amazement at our courage," Dong says.

She also learned to run again, which was initially daunting as it was the first time in five years. Over time, she felt more capable and willing to push her limits. Now, she has completed three events with the longest record being 7 kilometers, and she has also climbed the Huashan Mountain in Shaanxi province and flown through clouds on a paraglider.

For fun, she opened a Douyin account last year. At first, she posted only videos that did not expose her new leg. Then one day, she took some full-body shots, which received a lot of comments that expressed support and admiration for her.

"Your willpower is beyond imagination. Keep going. You are beautiful," Douyin user Afanda commented on her photo. 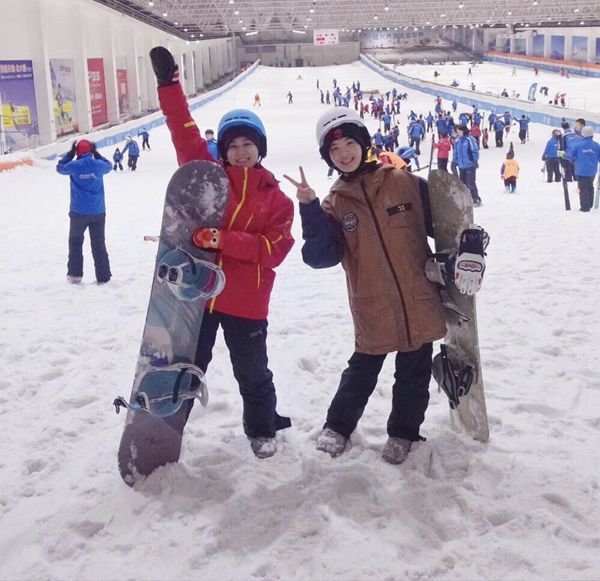 Dong Xuxi, 22, with her prosthetic leg, participates in various outdoor activities, such as running and skiing. Dong's optimism has turned her into a star on the Chinese short-video app, Douyin, encouraging people to overcome adversity in life. [For China Daily]

Many other TikTok users have commented how Dong's optimism has given them the courage to overcome adversity and try harder in life, including some amputees who messaged her for advice.

Dong says posting videos also allowed her to record her own progress: "I could not walk very smoothly back then, and now I can walk with confidence. Sometimes I feel that the prosthesis has become a part of me and I even forget that I am actually wearing one."

She now works as a physical therapist herself, and she encourages her patients to participate in sport activities, which can help them recover both physically and psychologically.

"I hope that by watching my videos, more people like me will refrain from thinking that they are incapable and know that they can actually walk and run normally, do quite a lot of sports and open up more," Dong adds.