From the Forbidden City to the Palace Museum

It was in 1406 that Zhu Di, the third emperor of the Ming Dynasty (1368-1644), ordered the construction of a royal palace in Beijing, his new capital. Fourteen years later, the palace was ready and would render service to two successive dynasties.

After the last emperor of China, Pu Yi of the Qing Dynasty (1644-1911), abdicated in 1912 and moved out of the palace in 1925, the premises in the Forbidden City were opened to the public and came to be called the Palace Museum.

From The Forbidden City to The Palace Museum reviews the 600-year history of the Forbidden City and uncovers the historical significance of Beijing as the capital, including the great achievements of Chinese civilization in palace building, gardens, painting and book collection.

The book, replete with both sweet and bitter memories, takes the spatial order of the buildings in the Forbidden City as the X-axis and the temporal order of its history as the Y-axis, reflecting its historical and cultural connotation in a tridimensional and panoramic way.

Zhu Yong, author of the book, who works in the Institute of Gugong Studies affiliated to the Palace Museum, noted that giving a full and grandiose narration on the palace is not easy. "The size of the Forbidden City not only makes its architecture incredible, but also makes it difficult to describe the culture it carries. It would take more than 'one thousand and one nights' to tell its story," he explained.

The book is deemed another effort by Zhu to promote the culture of the Palace Museum and better tell its stories. As the famous Chinese writer Wang Meng said, "Zhu's writing of the Forbidden City in a literary way is of great significance for inheriting traditional culture and building up cultural confidence."

(Source: China Women's News/Translated and edited by Women of China) 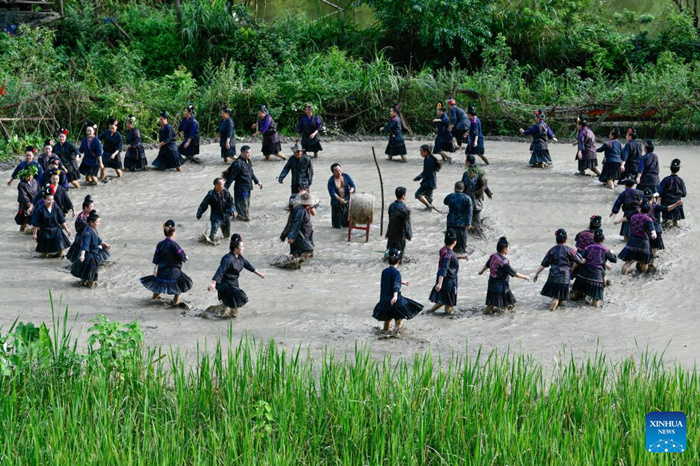