TOKYO, Aug. 5 (Xinhua) — Chinese diver Quan Hongchan claimed her first gold medal with an overwhelming victory in the women's 10m platform event on Thursday, as she made her international competitive debut at the Tokyo Olympics at only 14.

After the five-round final, China witnessed a one-two finish, with Quan finishing first in 466.20 points, followed by her teammate Chen Yuxi in 425.40 points.

Quan, who is competing in her first Olympics, collected full mark in her three out of five dives, and led all the way to the end.

Quan thanked her parents and former coach in her early years in China.

"I want to thank them for encouraging me to relax and telling me to just go for my dives freely because it doesn't matter whether I get a medal or not," she said.

At 14 years old, Quan became the second-youngest athlete representing China to claim Olympic Games gold in diving after Fu Mingxia, who won the women's 10m platform at Barcelona 1992 at the age of 13.

"I don't think I'm a prodigy. I don't do well in my studies. You ask me all these questions and there's only a blank in my mind," Quan replied on being labelled a diving prodigy.

15-year-old Chen won the gold in the women's synchronised 10m platform on July 27.

"I felt emotional. You feel that all the sacrifices you made has amounted to something. Even if it's not gold, a silver medal is also a great encouragement," said Chen. "I hope to continue and be there in Paris."

China won the eighth Olympic gold medal in the women's 10m platform, and took all the golds in four women's diving events at the Olympic Games Tokyo 2020.

Meanwhile, China claimed gold in all women's diving events in the past four Olympic Games.

Melissa Wu won the bronze for Australia with 371.40 points. She also claimed silver in the women's synchronised 10m platform event at Beijing 2008.

"At the moment, I'm not really sure if I'll continue diving or not. I've built up a lot of things in my life outside of diving, so I think that will keep me busy for now," said Wu about her future plans after four Olympics. 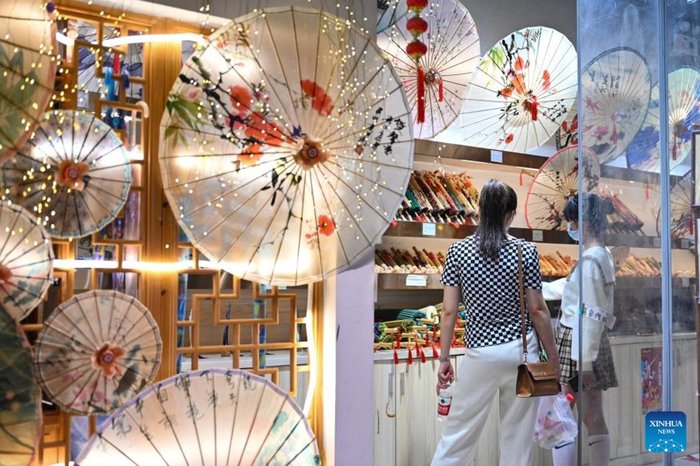