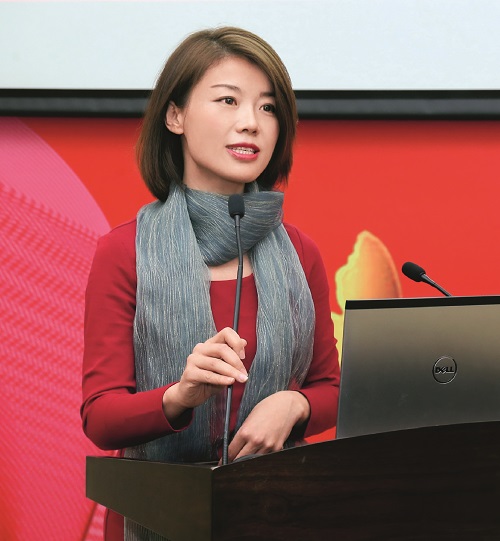 Peng Yan is President of the Research Institute of Unmanned Surface Vehicle (USV) Engineering (under Shanghai University), and Executive President of Shanghai Artificial Intelligence Research Institute. She was recently accepted as a member of both the European Academy of Natural Sciences and the Russian Academy of Natural Sciences.

During the past decade, Peng has led her team in developing USVs. The team named the vehicles "Jinghai," based on the Chinese legend of Jingwei (a mythical bird) trying to fill up the sea by throwing pebbles into the water. Like the bird, Peng and her team's members have gone all out to create miracles, with determination and persevering efforts.

Peng was born in 1982 into a farmer's family in Wangxie, a village in Tancheng, a county in East China's Shandong Province. When she was a little girl, her parents set good examples for her in staying upright and being kindhearted. Influenced by her parents, Peng grew into a courageous, strong-willed young woman.

From 2004-2009, Peng successively pursued her master's and doctor's degrees, in USV, at the State Key Laboratory of Robotics, under Shenyang (capital of Northeast China's Liaoning Province) Institute of Automation, under the Chinese Academy of Sciences (CAS). She wanted to challenge herself, to make greater achievements in developing USVs, a new field of scientific research in China.

'We are in Same Boat'

Shortly after she earned her Ph.D. (at the laboratory) in 2009, Peng began working, as a researcher, in the Research Institute of Unmanned Surface Vehicle Engineering (under Shanghai University). During the following several years, Peng led her research team in developing the Jinghai-1 USV, the first of its kind in the country. Given their diligence and wisdom, the team's members eventually created the vehicle in 2013.

During the past few years, Peng has led her team in fulfilling various maritime tasks (including collecting geographical data and conducting environmental monitoring of China's seas). Sitting in a ship that followed a USV (as the vehicle navigated the sea), the team's members had to cope with various difficulties (including suffering from seasickness, and enduring intense heat during summer or freezing cold during winter), as they fulfilled their tasks.

So far, Peng has led her team in developing more than 10 Jinghai USVs, which have been used in many national key scientific and technological research projects. For example, during China's Antarctic scientific expedition, in 2014, the Jinghai-2 USV helped Xuelong (Snow Dragon), China's first polar-research vessel, detect underwater terrain and find the anchorage on the Ross Sea (a giant bay 320 kilometers from the South Pole). The team's research work has laid an important theoretical and technological basis for China's development of USVs on complex waters.

During the past several years, the remarkable USVs have earned the team many international and national scientific and technological prizes. Given its achievements in developing oceanographic equipment, the team in November 2021 received second prize of the National Science and Technology Progress Award.

Under Peng's leadership, the team during the past few years has received many titles, including a March 8th Red-Banner collective in Shanghai, and a Pioneering Work Organization in Shanghai.

"I'm proud of our team's work. We are in the same boat, toward a bright future," says Peng.

Sowing Seed of Love for Mother Country in Son's Heart

"I'm grateful to my family, who have always supported me in my work … Many women marine scientific researchers, especially those with young kids, have to cope with great challenges in striking a balance between work and family," says Peng.

"When my son was six months old, I began taking him to my office (when I was at work), or to other regions of the country, when I was on business trips. When he was six years old, my darling boy was so caring and considerate … that he asked me to wake him up early in the morning during weekends, so he could go to the laboratory with me. Sometimes, though, I could not take him to my laboratory. When that happened, I would say to my little boy softly, 'Mom really wants to spend time with you, but I have to do something great to become the best mom (in the world). You should also work hard to become the best of yourself."

Despite her long work hours and frequent business trips, Peng tries her best to spend time accompanying her 10-year-old son. The boy will never forget his mother's words, "My dearest little boy, I hope you can understand Mom. I try my best to develop USVs, as it is the best way for me to help our mother country become stronger." Thus, Peng has sown the seed of love for their mother country in her son's heart.

Peng encourages her women team members to take their children to the institute, as the women work extra hours and/or during the kids' summer and winter vacations, so the mothers can spend more time with their children. Peng hopes the women will set good examples for their kids in working hard to achieve success. 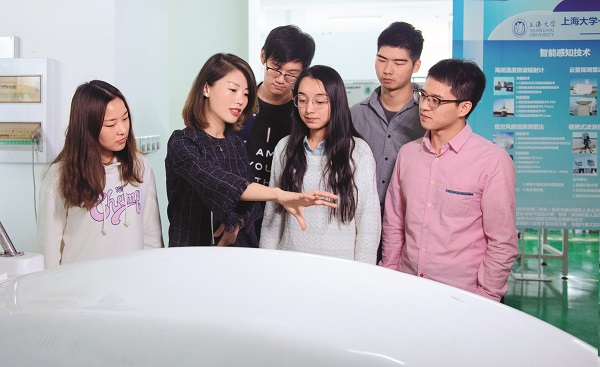