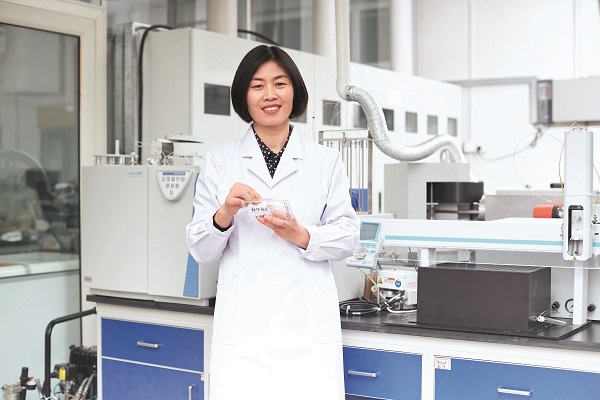 Niu Shuli, researcher with the Institute of Geographic Sciences and Natural Resources Research (IGSNRR), is a recipient of the National Science Fund for Distinguished Young Scholars, and a winner of the 15th For Women in Science (FWIS) Award (in China).

Choosing a Way She Likes

Based on the results of analyses of fossils, the earth is very sensitive to temperature change. Climate change can significantly affect and alter the ecosystem, including vegetation. What will happen to humans if the ecosystem suffers serious deterioration? That is one of the questions Niu is trying to answer. How? By exploring the complicated relationship between climate change and the world's ecosystems on land.

Niu used to conduct field experiments in North China's Inner Mongolia Autonomous Region. She recalls her experience in conducting photosynthetic tests: "Plants can adapt to high temperature or extreme cold. Human beings have experienced the highest level of evolution, so why do we refuse to endure the hardships during field experiments? I always think field research makes me excited."

Years of participation in field experiments has improved Niu's physical condition because she often carried heavy test devices and walked long hours in the wild. More importantly, those work experiences have strengthened her will and desire to conduct scientific research.

Niu has chosen to focus her research on the Qinghai-Tibetan Plateau. Why? Simply put, because many researchers have referred to the plateau as "a natural laboratory."

It is for this reason that Niu and her team have established a research site in Ruo'ergai (a region on the Qinghai-Tibetan Plateau) to help scientists obtain firsthand research results from nature.

Ruo'ergai, near the northeastern border of the Qinghai-Tibetan Plateau, is located in Aba Tibetan and Qiang Autonomous Prefecture, in Southwest China's Sichuan Province. In Ruo'ergai, plants normally grow vigorously between early May and the beginning of October. As such, those months are the best period for conducting scientific research in the region. Niu's team usually lives in Ruo'ergai between May and October.

Most of the members of Niu's team are young Ph.D. students who are curious and passionate about scientific research and who persist in working hard to fulfill their innovative ideas.

According to the record of research progress published on IGSNRR's website, Niu's team's research findings were published in Science Advances on August 22, 2019. The water-scaling pattern revealed in the team's study provides compelling evidence that water regulates ecosystem feedback to climate warming.

"Scientific research inspires our curiosity, and it inspires us in a way unlike any other job. The reason why my team has achieved so much in our research is because we have a strong will to explore various secrets hidden in nature, and because we care about the ecosystem problems mankind has to cope with," Niu says.

As a recipient, Niu delivered a speech during the 15th FWIS Awards (in China) Ceremony held in April 2019. "Diligence is the key to opening the gate of sciences, not gender. I don't think women and men have a gap regarding what they do in scientific research. Ecological research, in a wild environment, can be challenging for women. But women's ability to endure and persist can be better than that of men in a wild environment," she said. Niu also mentioned the efforts, by all segments of society in recent years, to improve women scientists' life and work environments.

Niu is also a model for the members of her research team, especially for the women Ph.D. students. When the 15th FWIS Awards (in China) Ceremony was held, in Beijing, the women students of her research team attended the ceremony with Niu. The students dressed elegantly for the ceremony, but quickly changed into their research clothes after the event. Working in the wild for months at a time has left the women's skin dry and rough. However, Niu and her team are undaunted, as they want to make a significant contribution for mankind.

How should a person spend his/her life, especially given the limited period of time he/ she has on earth? For Niu and the members of her research team, the answer is simple: Continue exploring nature, with love and passion. 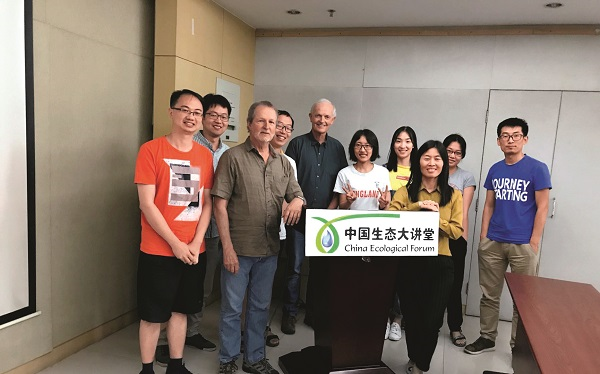