A 10-year-old girl from southwest China's Sichuan Province was invited by China Central Television (CCTV) to attend an awards ceremony held in Beijing on November 7th, 2018 in honor of her dedication to and love for her mom during her rehabilitation period.

The award ceremony was organized by CCTV to select and present titles and prizes to outstanding young people nationwide for their filial piety in their personal lives.

Cai Chengcheng is a fifth-grade student in an elementary school of Junlian County in the city of Yibin.

She had a normal life like many of her peers until her mom, Chen Li, was suddenly hospitalized with a cerebral hemorrhage in October 2014.

After a while, Chen was transferred to West China Hospital affiliated to Sichuan University in Chengdu, where she underwent a surgery that brought her back from the brink of death but left her unable to wake up again at the beginning.

Thus, Chen was declared in a temporary vegetative state. Cai, nevertheless, would often make phone call to Chen every day when she was still in the Chengdu-based hospital, and hoped for her mom to recover from unconsciousness as soon as possible.

Cai and her older brother were brought from their home to Chengdu to stay with their mom in the ward each weekend in a move to improve her condition.

To her family's delight, Chen miraculously woke up and regained some consciousness after having been hospitalized in Chengdu for more than a month.

Chen was later transferred to a Yibin-based hospital for further rehabilitation before she was eventually allowed to go home.

Even now, Cai still clearly remembers the scenes of her mom when she had just returned from hospital.

Back then, Chen couldn't walk by herself, nor could she make her ideas known, or tell the names of her children when she was first released from the hospital. She was almost like a child of several years old.

Cai alone took on the task of looking after her mom and helping her undergo her rehabilitation programs, as her father was preoccupied with his business and her brother was attending middle school.

Cai had to remind her mom to take her pills and assisted her in the completion of her daily rehabilitation training. In addition, owing to Chen's memory losses, Cai often collected many pictures featuring Chinese characters, animals and food to instruct her mother to learn to say them again.

Right now, Chen is able to help her husband do some simple work and her health is continually improving, though she is still not yet fully recovered and has to rely on Cai to shuttle her from their home to Cai's grandparents' home, and their family store.

According to Cai's teacher Yang Dan, the little girl has shown great resilience to pressure and performed surprisingly well in her academic studies, though she is expected to take on more household chores than others of her age.

Cai has been invited to share her inspiring story with audiences at many public gatherings and has been presented with a number of awards and titles in recognition of her optimistic mood and intense love for her mother during the past four years.

(Source: chengdu.cn / Translated and edited by Women of China) 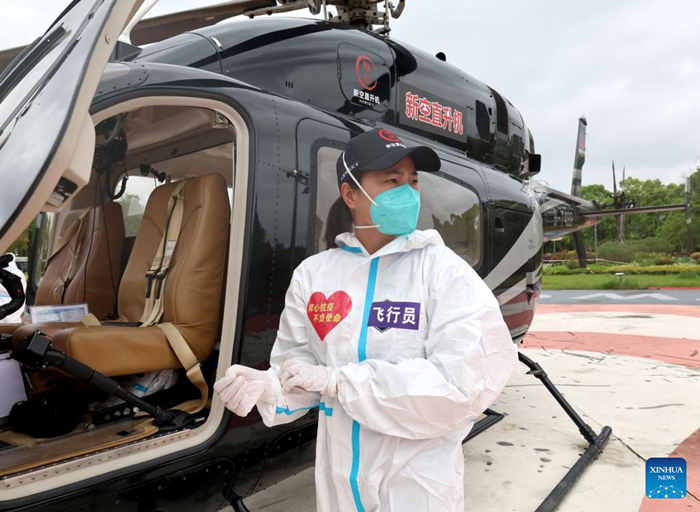