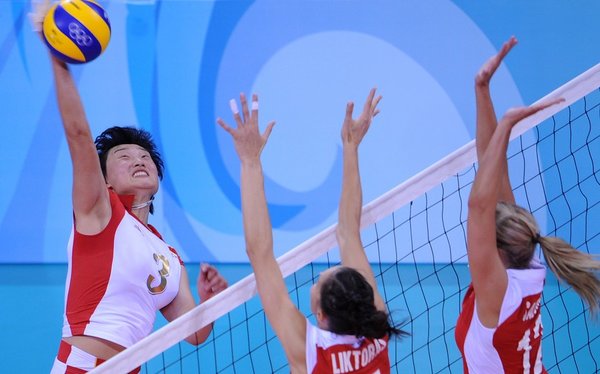 Athens Olympic champion Yang Hao is now enjoying her life as a volleyball coach at the Beihang University of China.

BEIJING, July 16 (Xinhua) — Athens Olympic champion Yang Hao is now enjoying her life as a volleyball coach at the Beihang University of China, she said in a recent interview with the International Federation de Volleyball (FIVB).

"I am very happy here at Beihang," Yang said in the video interview. "I chose to work at campus after retiring as a player, I like teaching college students."

China head coach Jenny Lang Ping has hinted that she might leave the position "as planned" after next year's Tokyo Games, while Yang had no intention to be her successor.

"I have not considered that yet," she said. "I am focusing on my work right now and it's a very challenging job to be a volleyball coach at college."

Yang added that she would not leave the sport of volleyball, which she loved so much.

"I will not walk away from it. To be a teacher at college, I must teach volleyball!"

Playing as a side hitter, the 40-year-old Yang was a key member of the Chinese women's volleyball team who claimed back-to-back titles at the World Cup in 2003 and the Athens Games in 2004.