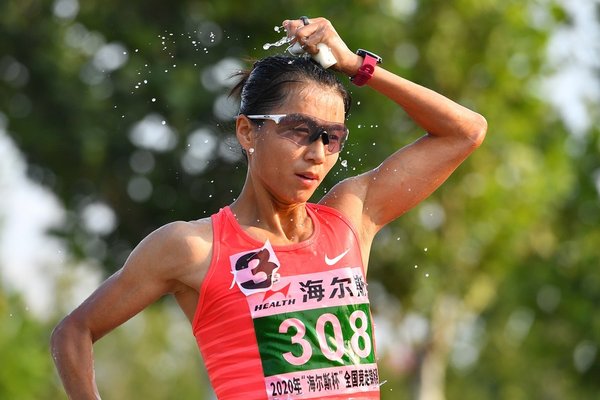 The 24-year-old Yang took the lead in the first half of the race, yet 33-year-old Liu was in charge of the second half, walking at her own pace and clocking 1:27.48 to cross the finish line first. Yang and Qieyang Shijie ranked second and third respectively.

"I didn't think I was totally ready for the event, but I was happy that I wasn't affected by others and finally made it," said the veteran Liu.

"I failed to finish the race in three hours and 40 minutes, so it was pity even though I won," said Zhaxi.