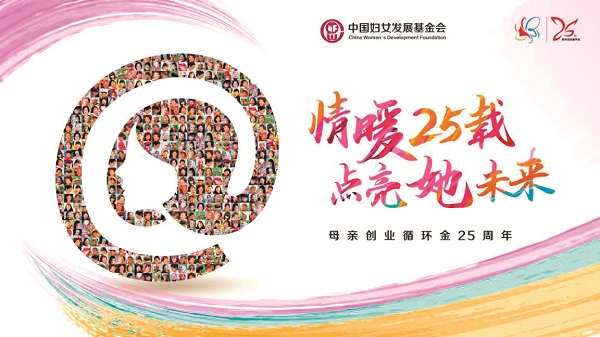 The project has established a mechanism that it uses to encourage women to participate in the nation's economic and social development.

The project's implementation has been a success due to the efforts of various levels of government, and countless enterprises and women's organizations. To date, the project has raised more than 371 million yuan (US $57 million), which it has used to help nearly 450,000 women — in more than 20 provinces, autonomous regions or municipalities — find employment or start businesses. As a result, the project has helped lift 3.66 million people out of poverty.

The CWDF, affiliated with ACWF, implemented Mother's Entrepreneurship Recycling Fund project the next year. With a fund of 1 million yuan (US $153,846), that project granted small loans, between 1,000 and 2,000 yuan (US $153-307), to in-need women to help them find employment or start businesses.

In 1999, the preparatory committee for the celebration of Hong Kong's return to China donated HK $10 million (US $1.28 million) to the project. That was the first large donation received by the project. Countless enterprises and caring individuals have since donated to the project.

Since the 18th National Congress of Communist Party of China (CPC), in 2012, China has adhered to a strategy of targeted poverty alleviation. Closely integrated with the national strategy, the Mother's Entrepreneurship Recycling Fund project has provided precise and meticulous services and support to women in need.

To adapt to the development of mobile Internet and the digital economy, and to mobilize greater support for women's development, the project was upgraded into @Her Entrepreneurship Plan in 2015.

It has also established a closed-loop mechanism — composed of financial support, skills training, publicity and market promotion — to provide comprehensive support to women as they search for employment, try to start a business and achieve both economic independence and sustainable development.

The project has helped cultivate many rural women into poverty-alleviation leaders. These women have played important roles in guiding and helping in-need rural women in escaping poverty and living better lives.

An expert with the Institute of Agricultural Economics and Development, under the Chinese Academy of Agricultural Sciences, once said the project has focused on increasing the incomes of disadvantaged women, and as such has helped women strengthen their confidence, obtain knowledge and improve their skills. As a result, the project has effectively helped prevent women from falling back into poverty.

Chinese President Xi Jinping once said, "As the Chinese people pursue a happy life, every Chinese woman has the opportunities to excel in life and make their dream come true." By operating the project during the past 25 years, CWDF has spread care and the warmth of the CPC and the Central Government to women from disadvantaged backgrounds, and ensured the women have opportunities to excel in life and realize their dreams.

The project has generated several social benefits; first, women have improved their status, in both family and society; second, the project has not only promoted women's employment and entrepreneurship, but has also enhanced social harmony and stability; third, women's participation in the economy has improved; fourth, the project has provided a platform for grassroots women to participate in poverty alleviation and rural revitalization; fifth, the project has inspired more individuals and organizations to participate in public-welfare causes; and sixth, through its efforts in lifting women out of difficult conditions, the project has accumulated valuable experience in reducing urban-rural development gaps and realizing common prosperity.

Last year (2021) marked both the centenary of the founding of the CPC and the beginning of the 14th Five-Year Plan (2021-2025). The Party and the country will align their efforts to consolidate and expand achievements in poverty alleviation with their efforts to promote rural revitalization.

The project is embarking on a new journey as well. While playing a positive role in consolidating and expanding poverty-alleviation achievements, it will remain true to the original aspiration, promote women's development and encourage them to participate in rural revitalization in a new era. 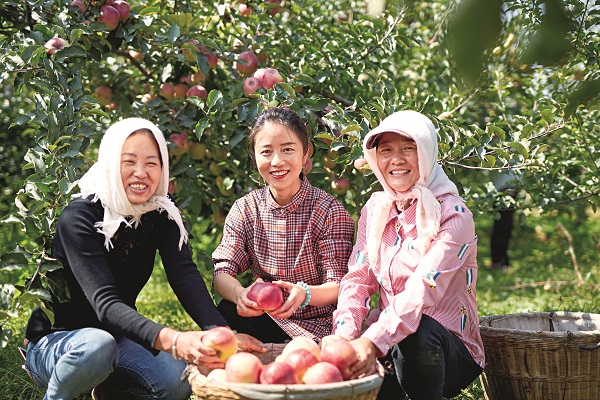